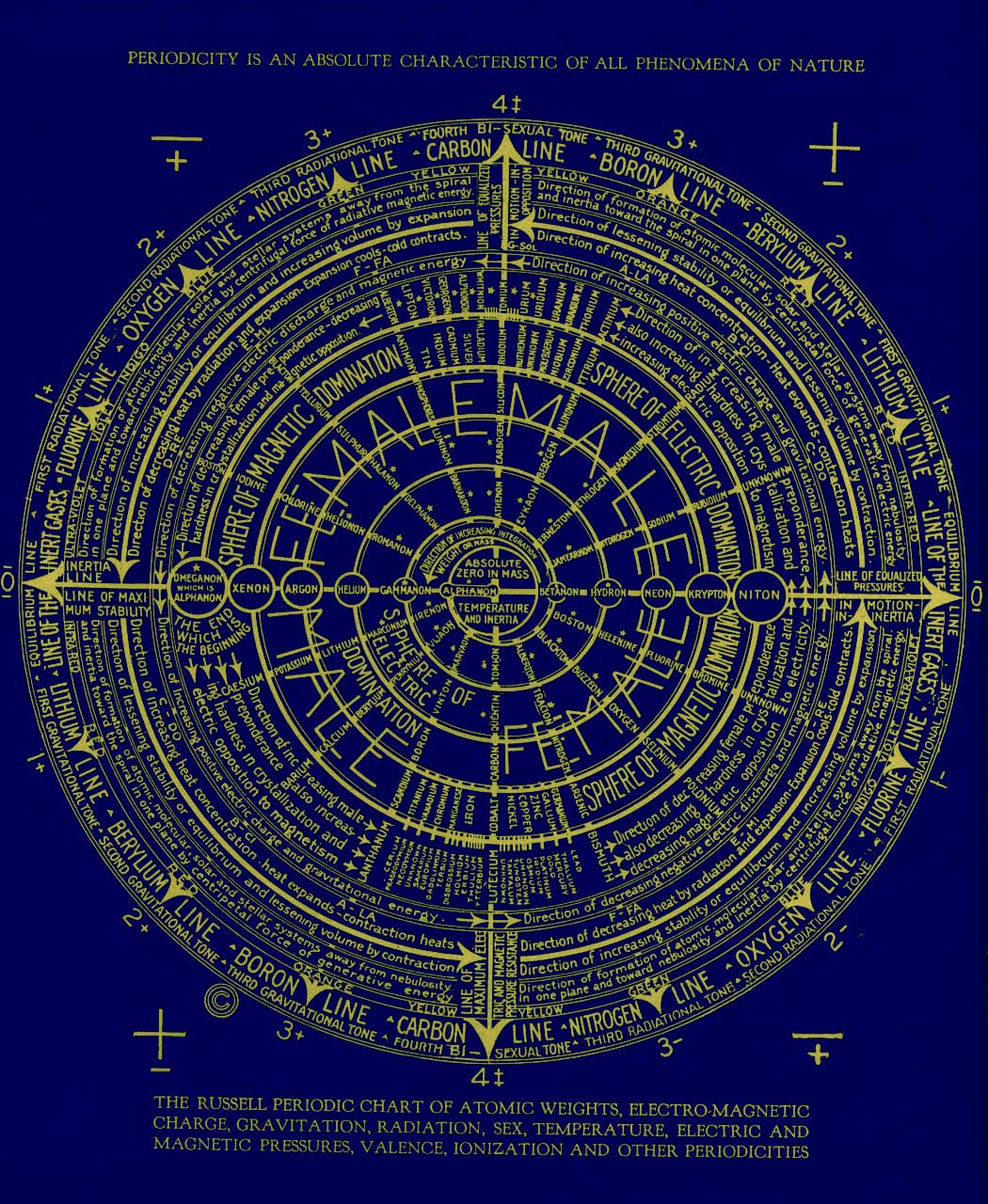 This is Walter Russell's complete periodic table.  This chart is unique in giving home to all elements, including many that were undiscovered at his time.  Russell predicted even the characteristics of such elements.  He pronounced the existence of unstable heavy elements that, in his words, "could not survive being removed from the intense pressures of being buried deep in earth" which predated the nuclear era.  Russell also predicted the need for "heavy water" needed for the use of nuclear power, which is a doubled hydrogen atom.

This spiral chart has been broken down into several separate charts for easy readability, however this chart remains central to Russell's work as cosmogonist (a person who works on universal theory).

All of Russell's work can be found at: www.philosophy.org

To return to the Lightwave section, hit back on your browser, or click this button: