CAN ANYONE EXPERIENCE COSMIC CONSCIOUSNESS?

This state of consciousness is tethered to so many unique individual arrangements - we define the condition by the aftermath of the experience.  However may people report, independently, very similar sensations, changes, and alterations to perspective.

The whole idea of Cosmic Consciousness is a unified grasp of our cosmic existence.  However, it goes beyond this, and revolves around each persons unique way of identifying with the universal cause - the driver, the foundational principle, or the ideas we can understand about God.

While millennia have passed with many ideas of what God may represent, it was a new concept that God may be a source of infinite power, wisdom, and ecstasy - these ideas wrapped up together, suggest that love is the true foundation of the universe.

Many who reach for higher states of consciousness find something similar - however not all.  Reality is a strange predicament as well, and as we have discussed - there is much suffering entailed.  God then must be ascribed as a creative source first, and a emotional sensations second, however, that is assumption based largely on the awareness we can develop as conscious beings.

Cosmic Consciousness then directs us to ascribe greater sensations as refractory of a whole.  In this situation, even our concept of love is fragmented piece of the entirety.

Many who seek to know more about the universal driver then assume the totality is actually far beyond any sensation we have in life.  It is in fact, this very nature that defines Cosmic Consciousness - as those who experience sensations that are far beyond the norm, entire modalities and prescripts of emotions that simply cannot be compared to even the highest states of love, as we know beforehand in living - even the greatest states of love, romance, friendship, or familiarity, or in common earthly goals and successes.

As we grow older, our so-called innocence and freedom of the heart and mind are often trades for increasingly goal-driven, environmental configurations that alter our state of mind.

While some speculate the innocence of a child is reflective of the greater state - however, this is far different than if that same being, as a child, grows older through the experiences of life, and then re-orchestrates greater sensation through mental re-configuration.

However, there is no exclusivity to 'higher states of mind'.  A state more reflective of what everyone deems to be emotionally balanced, and of higher cause might come close.  A state of mind of true, unconditional love, seems close as well.  That is the great difficulty with defining this state singularly - we are all individuals and contend with our emotional conditions, our unique registry of hormones, and bodily tendencies.  A fox is far different than a pitbull, and an elephant simply does not act like a lion - yet, in calm, with their families, they do act similarly.  Two humans, even of higher consciousness are not identical - however, they will commonly have these features in similarity:

1. A respect for the complexity of the universe
2. A shared desire to understand more about their reality
3. A desire to rise above common dissonance and strife
4. A vision for humanity to exceed suffering states of the past
5. An idea that humanity is responsible for discovery and the sharing and distribution of discovery
6. The knowledge that they have discovered something quite real, of express interest to consciousness itself, and that there is ever more to understand.
7. That love in fact does triumph over other emotions, an emotional state that should direct us to greater answers, and lead us to balance and equilibrium on our planet.
8. That not knowing something leaves open the mystery to be discovered - and that ignorance is the flaw deepest in our history.
9. Denial, and obscuring oneself to the truth, in order to continue deeds that sabotage the well-being of others is the primary reason mankind does not evolve more rapidly.
10. We do not become what we want, in this world, or spiritually, simply by wanting it to be so  - we must apply our effort, and most likely, regularly.

Who, of sound, mind can behave this way? Almost everyone can do this.  It is not required to be a genius of contemplation.  Our multi-flavored personas of daily life can be quite different than our sheltered mind in meditation or our ruckus mind contemplation.  Who we are extends through the universe, and the energy given to us by the universe extends through us.  Cosmic Consciousness is the attempt to resemble, even for a while, a mental state that is most resonant with that universal energy.  This is where most philosophers, mystics, and behaviorists agree - the mind is healthiest and best at peace, and best driven with occupations that incorporate the best of who we are:  we are at the greatest stability and greatest health when we resemble what we believe in.  The more equilibrius our believe, the more the stable we become, as individuals, and as a whole.  History only reveals this as a guarantee, in every era of humankind. 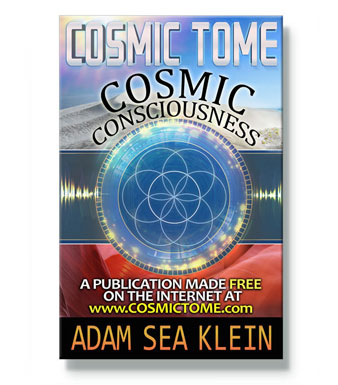 As there are 4,200 religions that attempt to answer this question, exclaiming to know the entirety of the answer is not pertinent.  We cannot know the totality of the universe in most dynamics, especially concerning the universal driver, which is a way of saying both the energy and that which either guides to always, or which sets that energy into motion.

God, or the idea of God is not exclusive to anyone.  Our understanding of what this means is evidence that our interactions with this universe were not meant to easily reveal what created it.  Having faith in a good God has helped many, and has advanced the world to show increasingly similar activity.

It would not be easy for any one person to convince the many billions of us on Earth to believe every word they said about the matter.  To take the universe as an energy far beyond our understanding is perfectly fine - it would be inappropriate to not understand that this leans towards something that is sacred, ancient, and of power not only beyond our understanding, but that our own existence relies upon.

Life was so hard throughout history that the gods were ascribed as to play a role in the human drama, and sometimes made things even more difficult, as tests to individuals, and toward whole tribes and nations.

Cosmic Consciousness entails a different idea, that what drives this universe is an ecstatic creation energy that is rooted with the best intentions - that we find strength and resolve when we channel that ecstasy, or in matters of conflict, seek to discover sublimity.  As our world does not offer perfection, and we must face challenges, often against imperfect, damaging, self-serving causes - we will burn up if we match those mentalities without some period of resolve, some return to that which is excellent and peaceful.

God then becomes the mystery of challenge and repose that reflects within us - to reach and create, to balance that creation, and to push forward into experience.  We are but complicated living creatures who work with that energy, and the methods that give that expression sustenance - or who work without such balance, and experience the hardships from that absence of greater power and longevity.

God must then be our originator, our energizer, our blood, the driving force behind reality itself - and we cannot easily define more than this, even in the highest states of consciousness - as our consciousness relies on the universe itself, which is but a part of what the universal driver entails.

IS THERE A HEAVEN AND HELL?

Spiritual awakening entails reducing the earthly orientation and taking on a quest or directive to see beyond our living experience as the sole dictator of our understanding of reality.

We are manifest of a universe, an energy we do not fully grasp or comprehend.  We are given the right to use that energy.  In times of spiritual awakening, our passed deeds and states of mind can be haunting, and painful as we are separated from them, realizing that we must do better.

This great separation entails losing the self that stood before, and rebuilding the self that must become.  As we channel our will to such things, intently discovering where we went wrong, and how to improve ourselves, we experience the discomforts of transformation, which can range from simple and reflective, if mind, to excruciating if terrible deeds were done.

Our actions and states of mind chain together, and move around the world.  The advent of change, if wanted, entails great alterations of activity and state, which can be quite uncomfortable.  Just as the sobering moments of life can change everything, so does adjustment of the mind, as the mind alters basic parameters.

Those who pursue this path begin to take on this discomfort, willingly, in order to resolve conflicting states of mind within.

A definitive afterlife, as in heaven and hell, are only remotely within our awareness as human beings.  It relies on use to consider consciousness fragmented here on earth, and transportable to an alternate state.  It also relies on greater idea of the eternal, at least beyond our grasp of time on Earth.

Those who inflict great suffering on others in this life, especially with no due cause - there is ample evidence that one does not want to be such a person.

1. Everything they create will inevitably fall apart if based on similar basis.
2. The striping away of mentalities in spiritual awakening will convert any perceived benefit of such activity into greater weights, or horrors, a lifetime of regret that will be difficult to cope with - far more difficult than if those experiences did not occur.
3. Every account of modern spiritual awakening connects benefit and reward to those who see higher consciousness, and greater struggle and strife if instead exemplifying lower consciousness.
4. Adjustment to mentality towards the good, leads to better states of mind, more peace, and greater capacity for thought and emotional states that add further benefit.
5. Most people driven by immature mentalities that create suffering for others, often grow up and regret those actions.
6. We as human beings, are created by an energy that is beyond our grasp, we are afloat in a sea that is not exactly 'ours'.
7. We are likely accountable, to a degree, or completely, to the energy and driver which put us into existence, on some level.  That level may be educational, or it may be a matter of great re-structuring such as heaven and hell attempt to describe.  It likely will not play out well for terrible beings – an assumption that is notably based in the process and perception changes that happen when people reach various levels of spiritual awakening.

WHAT DIFFERENTIATES A POSTIVE STATE vs A NEGATIVE STATE